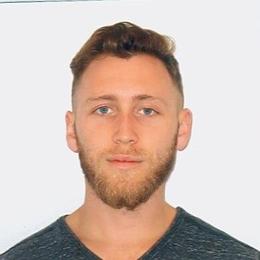 The Salton Sea has been referred to as the “crown jewel of avian biodiversity,” in several publications and on multiple occasions over the years. As one of the few remaining wetland habitats in the State of California, the Sea is a haven for migratory animals seeking to rest and refuel on their yearly journeys, which can span the length of thousands of miles.

Although the Salton Sea faces considerable challenges, including a receding shoreline high salinity levels, and a decline in avian biodiversity overall, it still plays host to a number of migratory birds, which can be observed in droves, especially during the fall and winter months. Here are a few of the birds that we’ve been seeing out there recently:

This species breeds during the summer months in northern latitudes along streams and lakes. Beginning in the fall it makes its way toward Central and South America, making a pitstop at the Salton Sea on its way. This sandpiper is one of several species of the Scolopacidae family which practices sequential polyandry, meaning that the female will lay a number of clutches fathered by different males, allowing the males to perform the majority of the incubation and care of the chicks once they have hatched. The female is slightly larger than the male and will defend their territory in a way that we might expect from males of similar species. This sandpiper continues to visit the Salton Sea due to its varied diet, which includes small invertebrates, crustaceans, and sometimes even bits of carrion.

During the winter, you may observe this little passerine intermixed with sandpipers and avocets on the shores of the Salton Sea. I noticed an American Pipit during our most recent bird survey when scanning the water’s edge. It flew up suddenly from the ground and circled briefly before landing again among the sparse grasses and twigs on the muddy shoreline on the north end of the Sea. The American Pipit continues to visit the Sea in search of the abundant salt-tolerant insects found in shallow pools that continue to appear as the shoreline recedes. You might also observe it near the agricultural fields in the surrounding Imperial and Coachella valleys.

Also known as the Marsh Hawk, this is the only species of harrier in North America. This beautiful bird can be observed at the Salton Sea during the fall months quartering the brush and widening shorelines for any number of small mammals, amphibians, and birds. Though it can be observed throughout the US and parts of Mexico during non-breeding months, its habitat is under threat due to wildfires and urban development in the southern parts of its range.

See more pictures from our surveys on Instagram @audubon_saltonsea

Audubon California will be performing its December bird survey at the Salton Sea on Wednesday, December 11. If you are in the area and would like to join, please email saltonsea@audubon.org