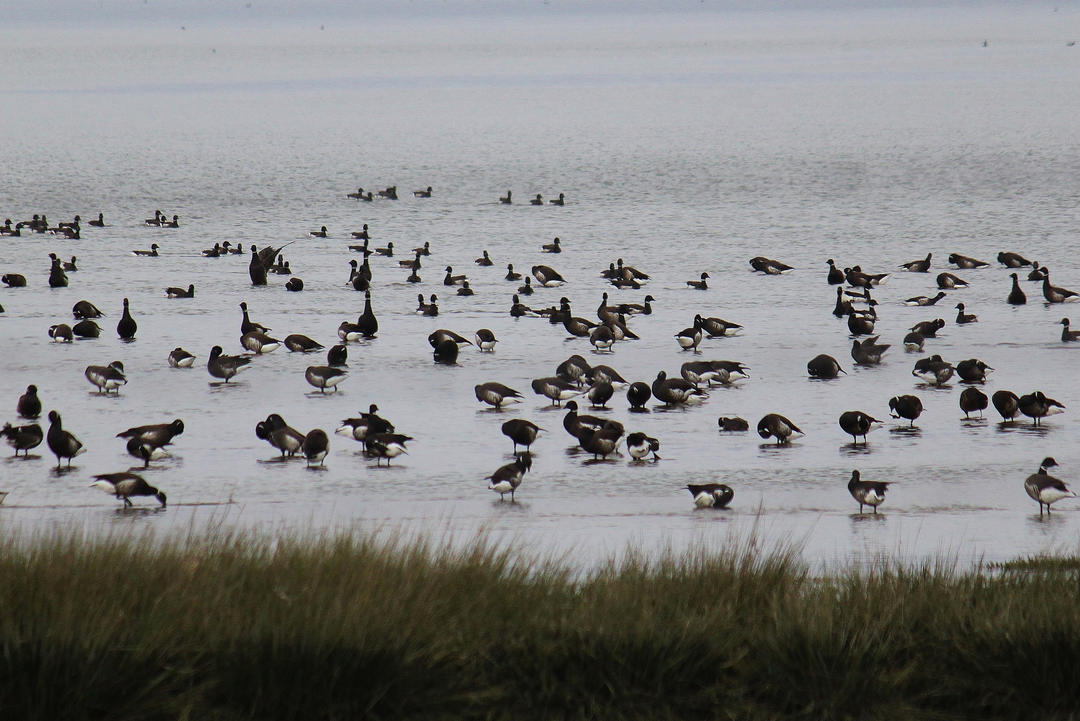 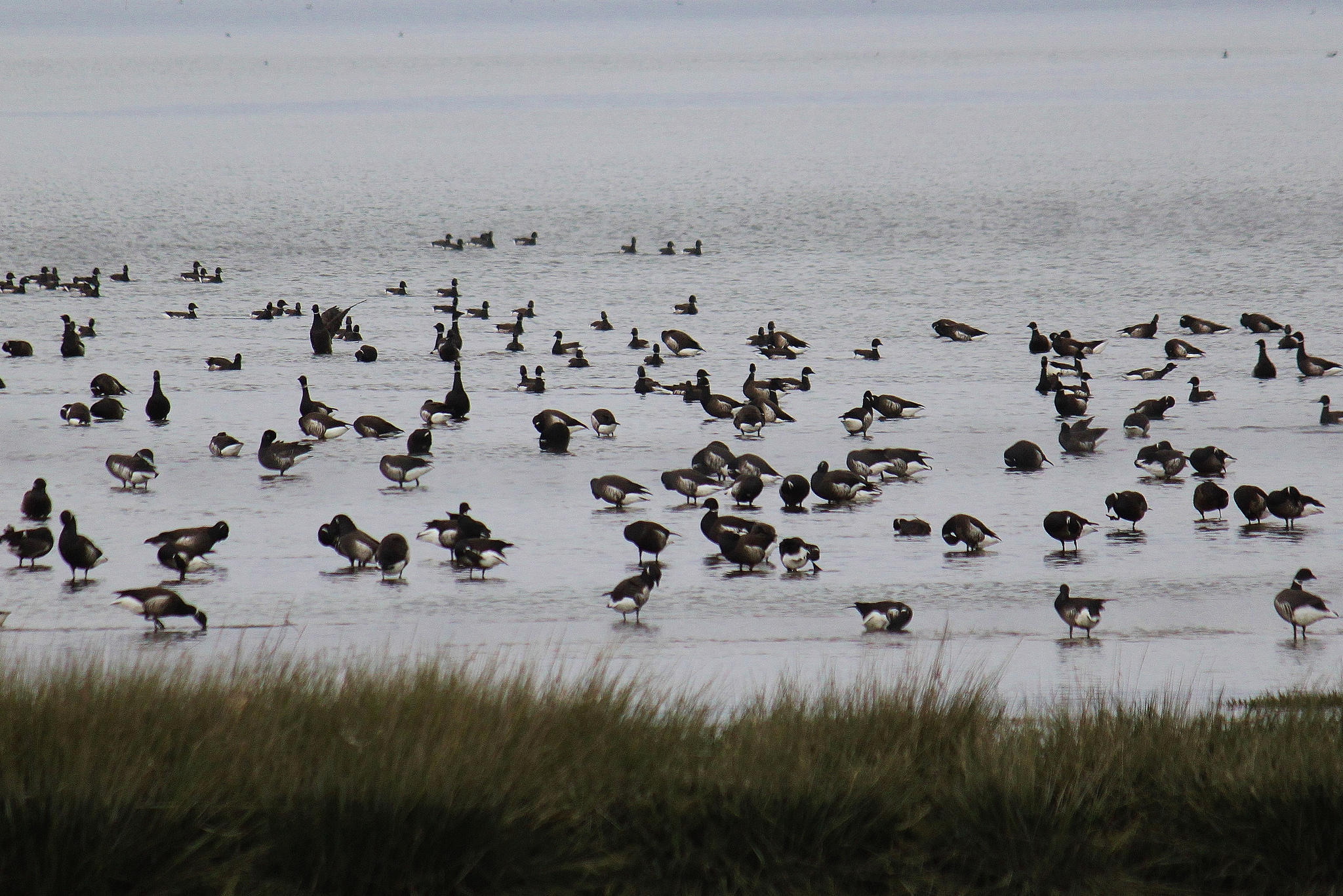 Humboldt Bay is vitally important for birds along the Pacific Flyway.

Humboldt Bay, an estuary in northeast California, is one of the most important places for birds along the Pacific Flyway. Its eelgrass beds and mudflats support among the highest diversity and abundance of shorebirds in the western hemisphere, as shown in this new 2018 study.

The bay is also most important migration site for Pacific black brant on the west coast, and supports large numbers of migrating waterfowl and sea ducks including wigeon, teal and surf scoter. The bay is cherished by hunters, with participants from the area, and all over the nation and the world.

The bay is so rich in bird life because of its unusually varied intertidal zone and rich subtidal habitat, which is home to approximately 35-40% of California’s remaining eelgrass. Eelgrass is particularly important as habitat for producing forage fish and crustaceans and to provide food for migratory and breeding birds. Eelgrass is so important, in 2016 the Governor signed a bill to enhance its study and protection.

In early 2016 when we became aware of two proposals to convert its eelgrass beds and mudflats to oyster farms, Audubon California and our partners swung into action to defend this vital habitat.

In Humboldt Bay, the types of shellfish farms proposed by Pacific Seafoods, a billion-dollar multinational company, destroy eelgrass, prevent birds from feeding in developed areas, and increase disturbance to birds during their critical migratory stopover. Through a quirk in state authority resulting from legislation put in place decades ago, a loophole gives lead permitting authority to a local agency. In the rest of the state, eelgrass and other types of tidelands are state-managed and are now generally well-protected from development.

With science and a politically diverse grassroots coalition on our side, in 2017 we defeated Pacific Seafoods’ proposal for a massive expansion of shellfish farms in the bay’s life-giving eelgrass beds. After the local lead agency approved the expansion in early 2017, Audubon and California Waterfowl Association sued the agency and the company, with Earthjustice as our attorney. Months later, the California Coastal Commission narrowly rejected their own staff’s recommendation for shellfish farm expansion into eelgrass and tidelands. Soon after, in September 2017, the Coastal Commission issued the company a permit for a smaller and more consolidated footprint of shellfish farms. This was a spectacular win for birds and habitat- one of National Audubon’s nine key wins in 2017.

Read more about this process, and see bird footage at the blog posts below.

In 2018 and 2019, we will be completing our campaign to save this bird habitat. We will work with the local agency to ensure additional shellfish farm permitting is sited and scaled to ensure eelgrass and bird habitats are well protected, while allowing reasonable growth of the shellfish industry aimed at providing access to lucrative opportunity for smaller, local growers. This provides jobs and economic diversity while protecting this amazing place, and providing recreational opportunities for hunters and other bay users. The campaign will continue close  collaboration with Redwood Region Audubon, local hunters, local fishermen, California Waterfowl, and others. We will also continue to rely on Audubon Activists to send letters to managers and policy makers at key junctures. Thank you for your support as we protect this critical place for birds. 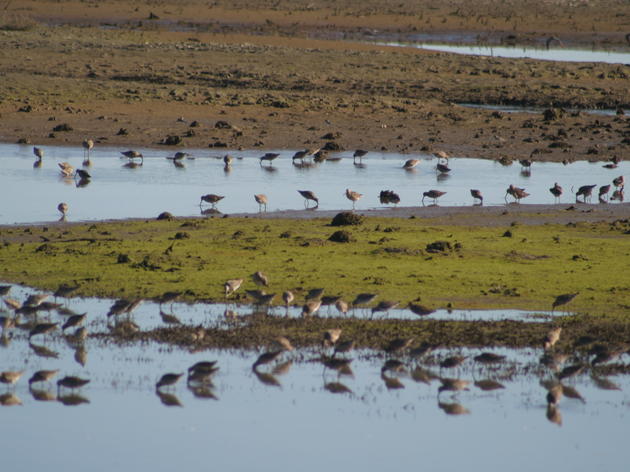 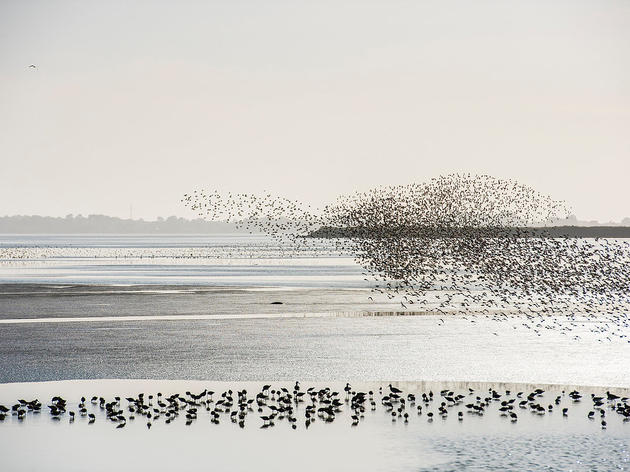 Continuing the fight to save vital bird habitat in Humboldt Bay 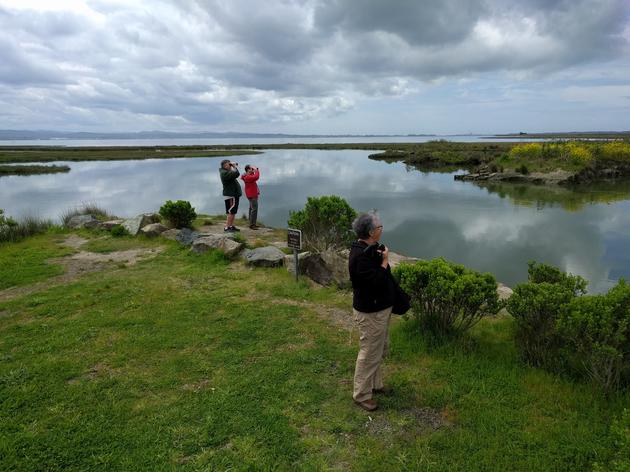 Surveying for shorebirds in Humboldt Bay

As we continue to fight for habitat in Humboldt Bay, we're learning more about the area's importance to birds. 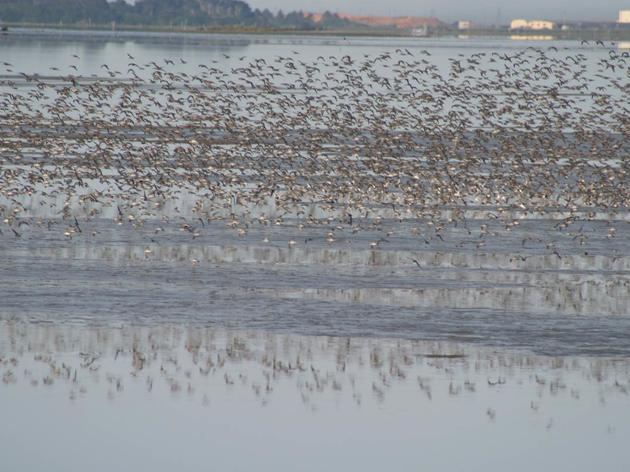 September 13, 2017 — Initially faced with a proposal for expansion, state body approves a smaller project with conditions to reduce adverse impacts on nature. 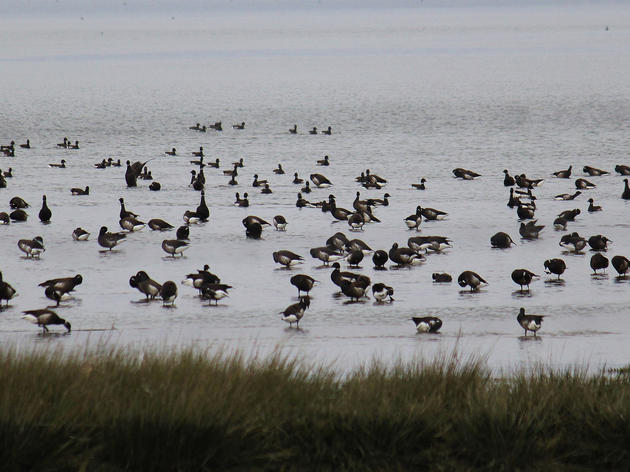 Audubon Magazine takes a close look at the reasons behind our lawsuit to save bird habitat in Humboldt Bay. Lots of good biological information here:

"Located 260 miles north of San Francisco, the area is the second-largest estuary on the West Coast and one of the state’s most productive bodies of water­—its tides act like lungs, constantly draining, refilling, and replenishing nutrients. Among the various habitats supported by this ebb and flow are half of California’s remaining eelgrass beds, a vital food source and habitat for herring as well as migrating birds.

"This combination of size, biodiversity, and increasingly rare habitat is what makes Humboldt an essential stopover site for about 50 species of birds on their seasonal flights between Mexico and northern breeding grounds. Nearly half the Dunlins and 23 percent of all Western Sandpipers pass through every year.

"Meanwhile, Pacific Black Brants wheeling in from Baja, California, land feet first in the shallow waters of the northern part of the bay, the biggest contiguous bed of intertidal eelgrass between Mexico and Washington state. Up to 60 percent of Brants break up their seasonal journey to Alaska at Humboldt, where eelgrass is the mainstay of their highly specialized diet." 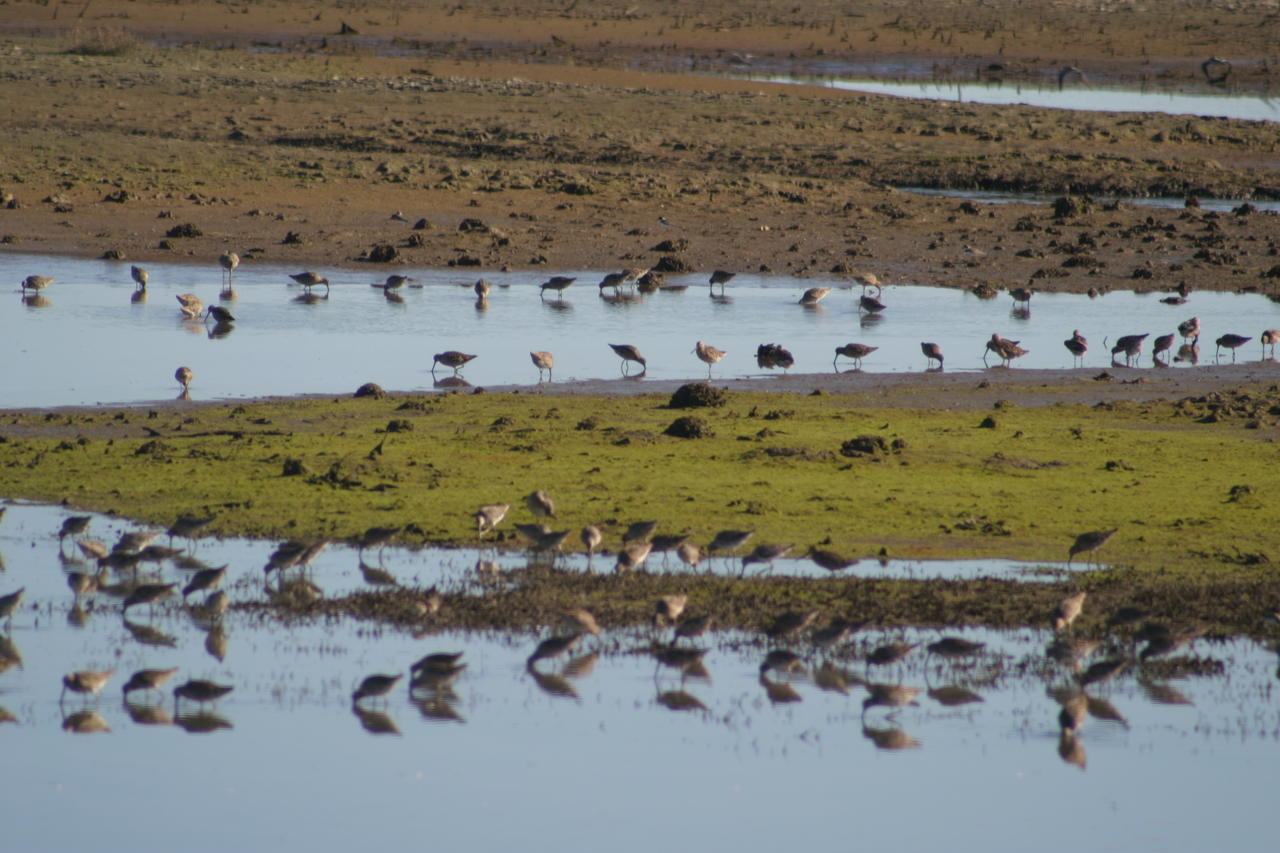 Humboldt Bay Harbor District OKs controversial oyster farming project. Reversing a decision from just a few weeks ago, the Humboldt Bay Harbor District last night approved a controversial proposal to expand oyster farming in the bay. Audubon California has opposed this project from the very beginning out of concern that the proposal jeopardizes the eelgrass beds and mudflats that make Humboldt Bay one of the most important places for migratory birds along the coast. Last night's decision was not the final step in the process, and we will be tracking developments carefully. Stay tuned ...

In something of a surprise, the Humboldt Bay Harbor District last night failed to come up with the three votes necessary to approve an expansion of oyster farming in the bay. Audubon California has opposed this project because it will destroy eelgrass beds that provide critical habitat for all kinds of migratory birds. We're fairly certain they'll come back for another attempt -- and we'll be ready.