I could hear them whizzing by in the pitch darkness as I crouched on the edge of a muddy rice field in near-freezing temperatures. I prayed that one of them – migratory shorebirds stirring in the pre-dawn darkness – would find its way into one of the nets I had just slogged through shin-deep mud to open. There wasn’t much time; birds can see the nets as the first light creeps above the horizon, leaving only a ten-minute window to catch them each morning. On top of that, to get an accurate picture of how drought is affecting them, we needed a blood sample within three minutes of being caught, before the capture caused their stress hormones to increase.

The historic drought is causing stress levels to peak among farmers, conservationists and urban water policymakers across the U.S. West. Despite a wet December, the vast majority of the state remains in “extreme” or “exceptional” drought. Before it disappeared under generations of plows and bulldozers, winter rains and spring runoff turned the Central Valley into an inland sea, a vast seasonal wetland that for millennia has been a vital stop along the Pacific Flyway. Ninety percent of those wetlands are gone, and the Central Valley today is one of the world’s most highly managed hydrological landscapes. The habitat that birds rely on in the Central Valley – our last remaining wetlands and the “surrogate” habitat created in agricultural fields like rice and alfalfa – have seen major cutbacks in water.

In a normal water year, Central Valley public wetlands receive only about 75 percent of the water they need to manage for optimal habitat; this year was even lower. That makes winter-flooded rice an important component to providing resources to birds – a place where some waterbirds find half of their food. Here, too, water allocations were reduced this winter by more than two-thirds.  In a good year, about 235,000 acres of rice fields are flooded after harvest. This year, that number plummeted to 60,000 acres.  What this means is fewer places for waterbirds to stop, rest, and refuel. This, in turn, can cause overcrowding which can lead to avian disease outbreaks and reduced breeding success when the birds return north in spring.

We still don’t know nearly enough about how this epic water shortage is affecting the millions of birds that migrate through California’s 450-mile long Central Valley – but there is no doubt that they are affected.  Were the foraging Dunlin that covered our field like ants a sign of a healthy population? Or were they becoming increasingly concentrated due to shrinking amounts of habitat elsewhere?

The good news is that we know how to get the answers, as well as how to ensure the habitats birds and people need can weather future climate-change driven dry years. For more than a decade, Audubon California has collaborated with the California Rice Commission, The Nature Conservancy, and Point Blue Conservation Science, as well as with farmers and other private landowners, to ensure migrating waterbirds have the habitat they need. Together, we added 40,000 acres of flooded rice and 10,000 acres of flooded wetlands to the Central Valley this past winter through emergency drought funding provided by the California Department of Water Resources. We also work through public/non-profit partnerships like the Central Valley Joint Venture (CVJV) to create new science to help guide when and where we put water to have the largest benefit for birds (see the recently released 2020 CVJV Implementation Plan and Point Blue Conservation Science’s Water Tracker). 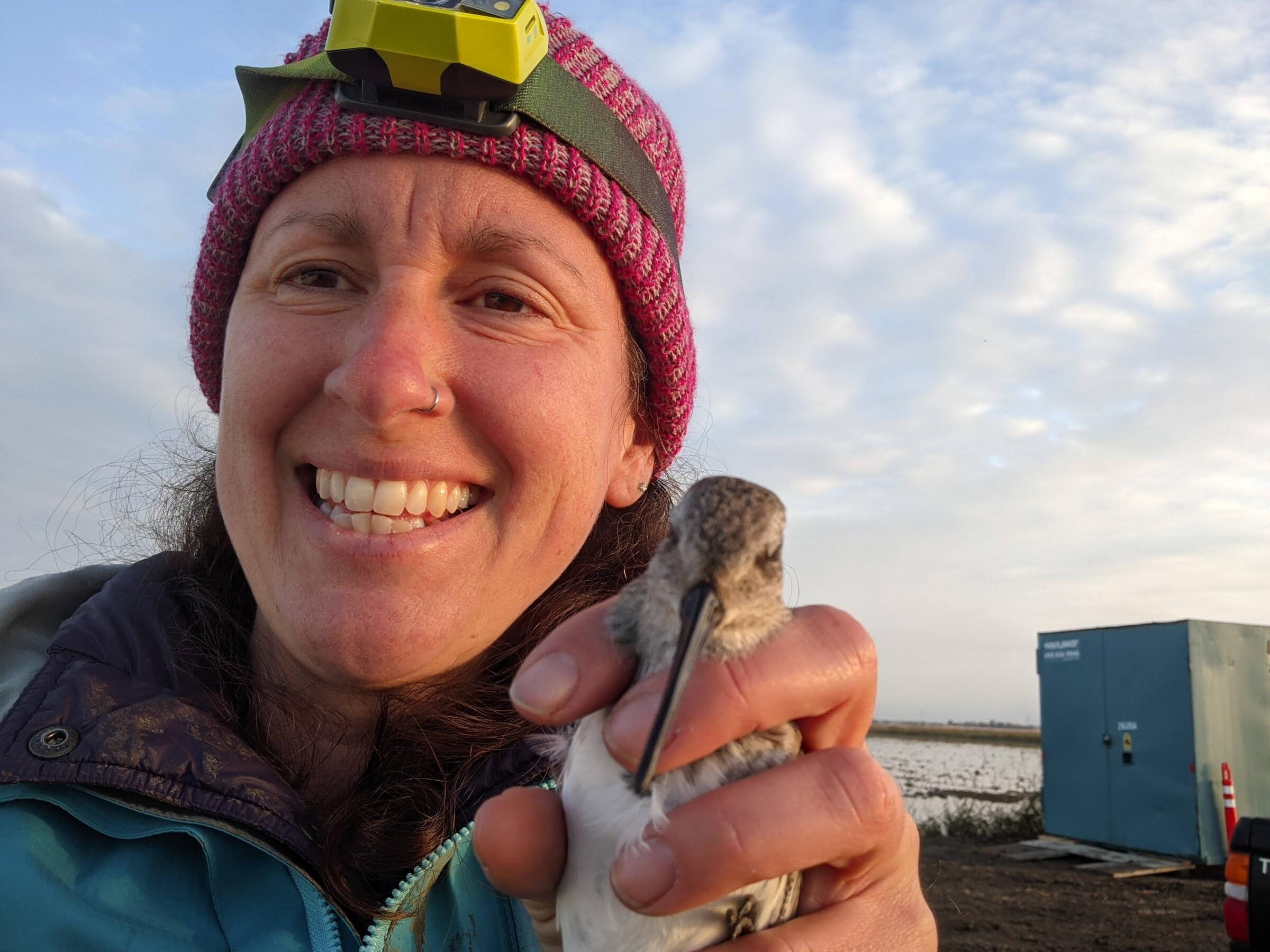 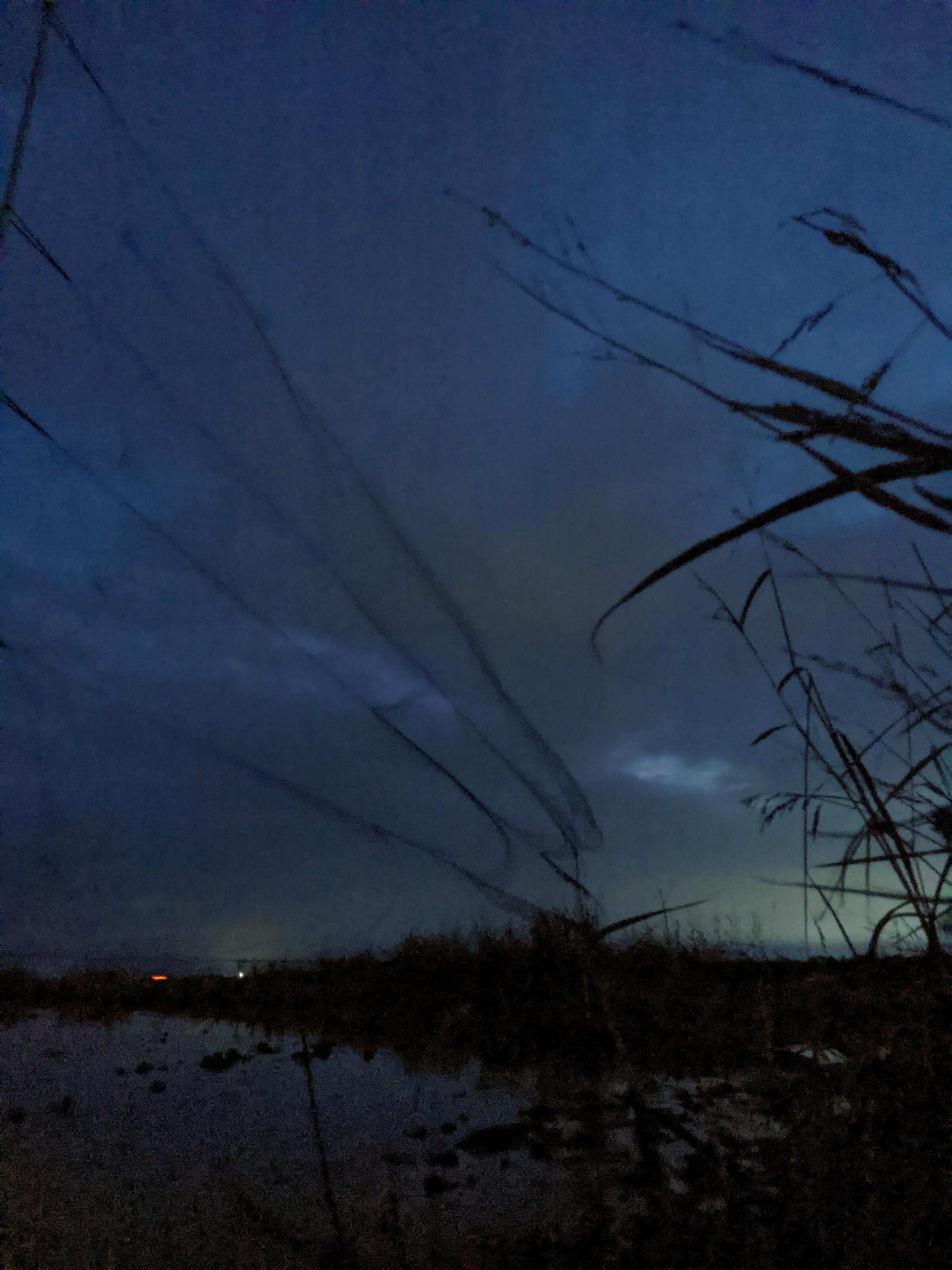 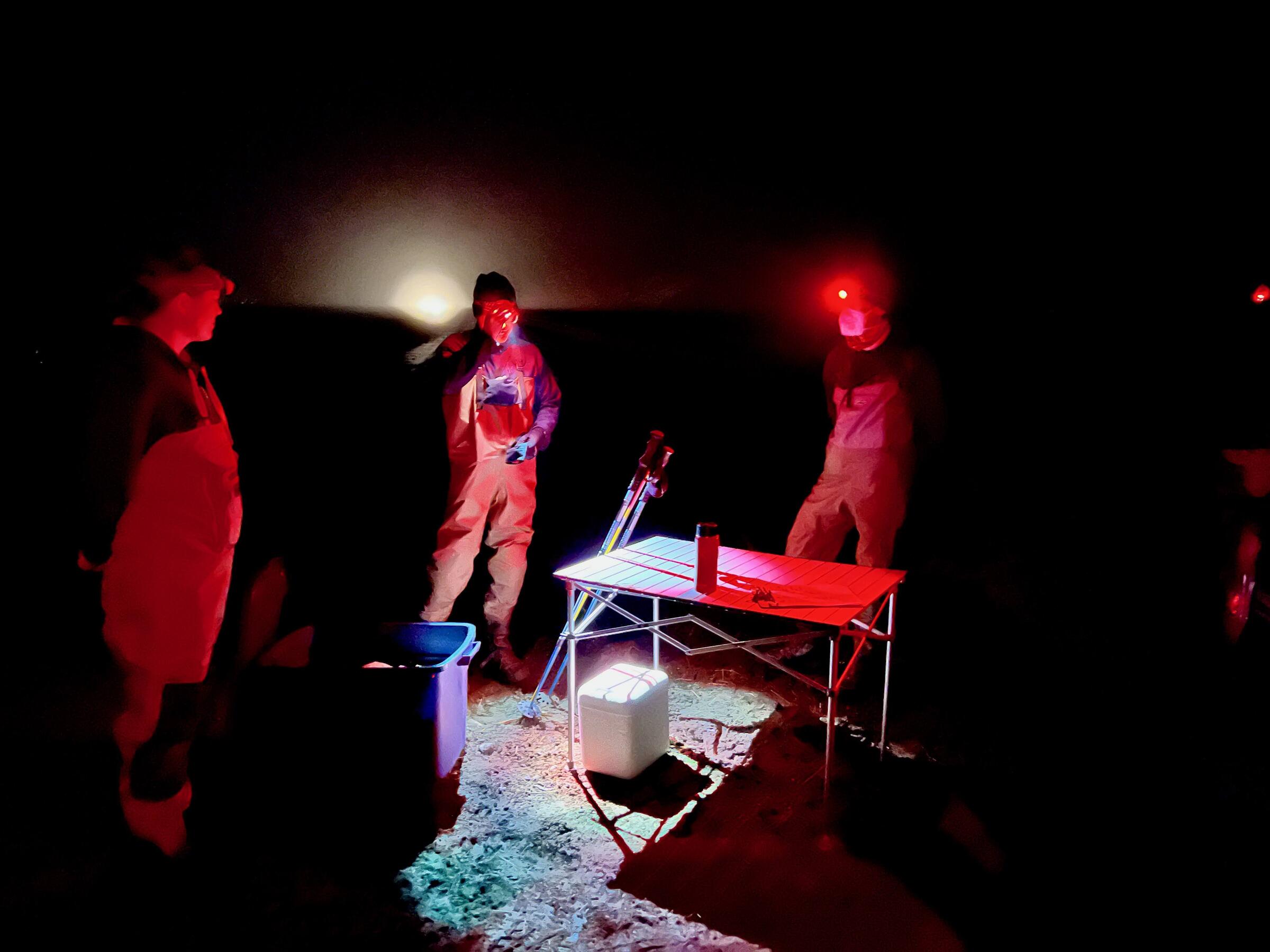 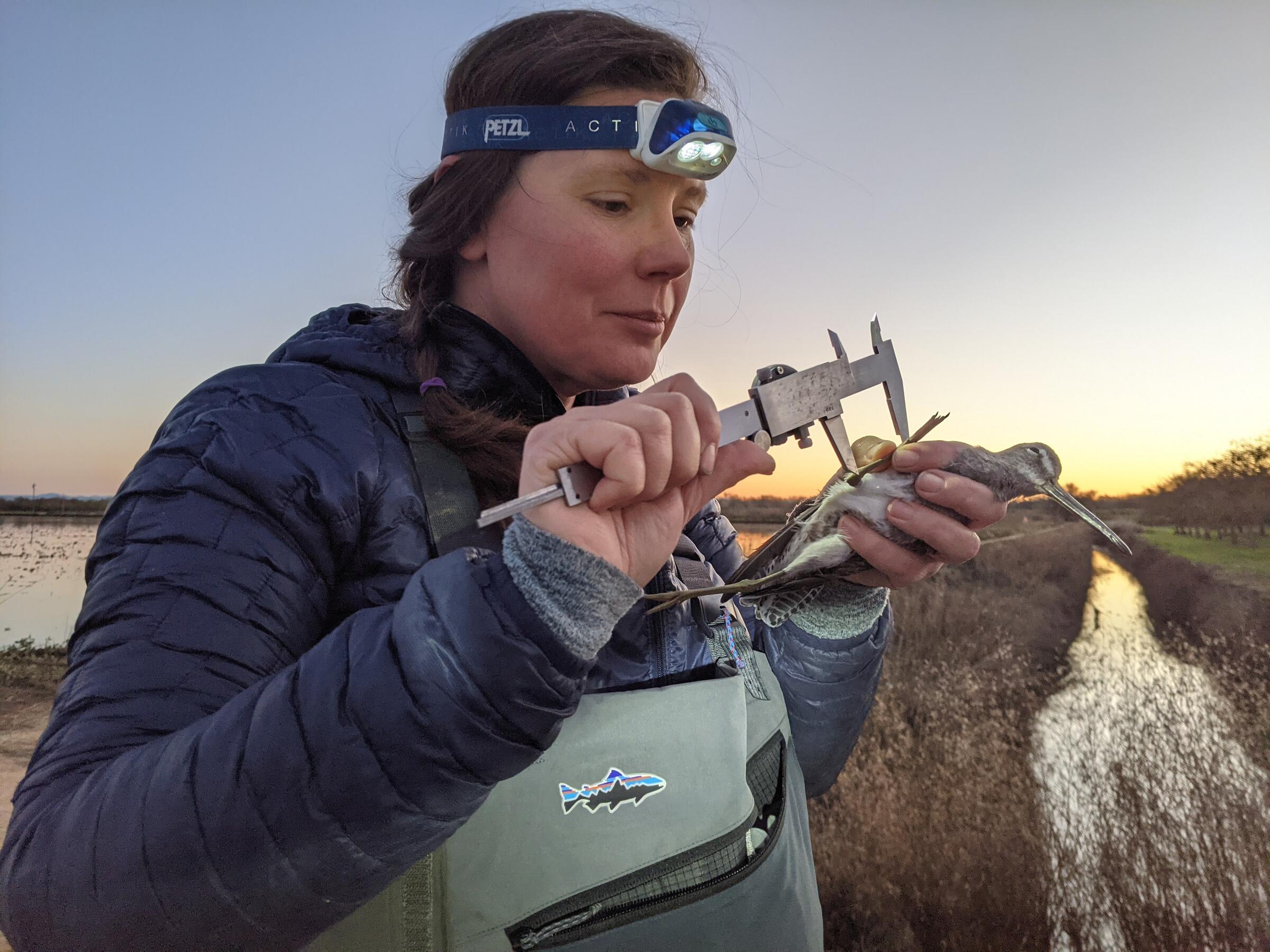 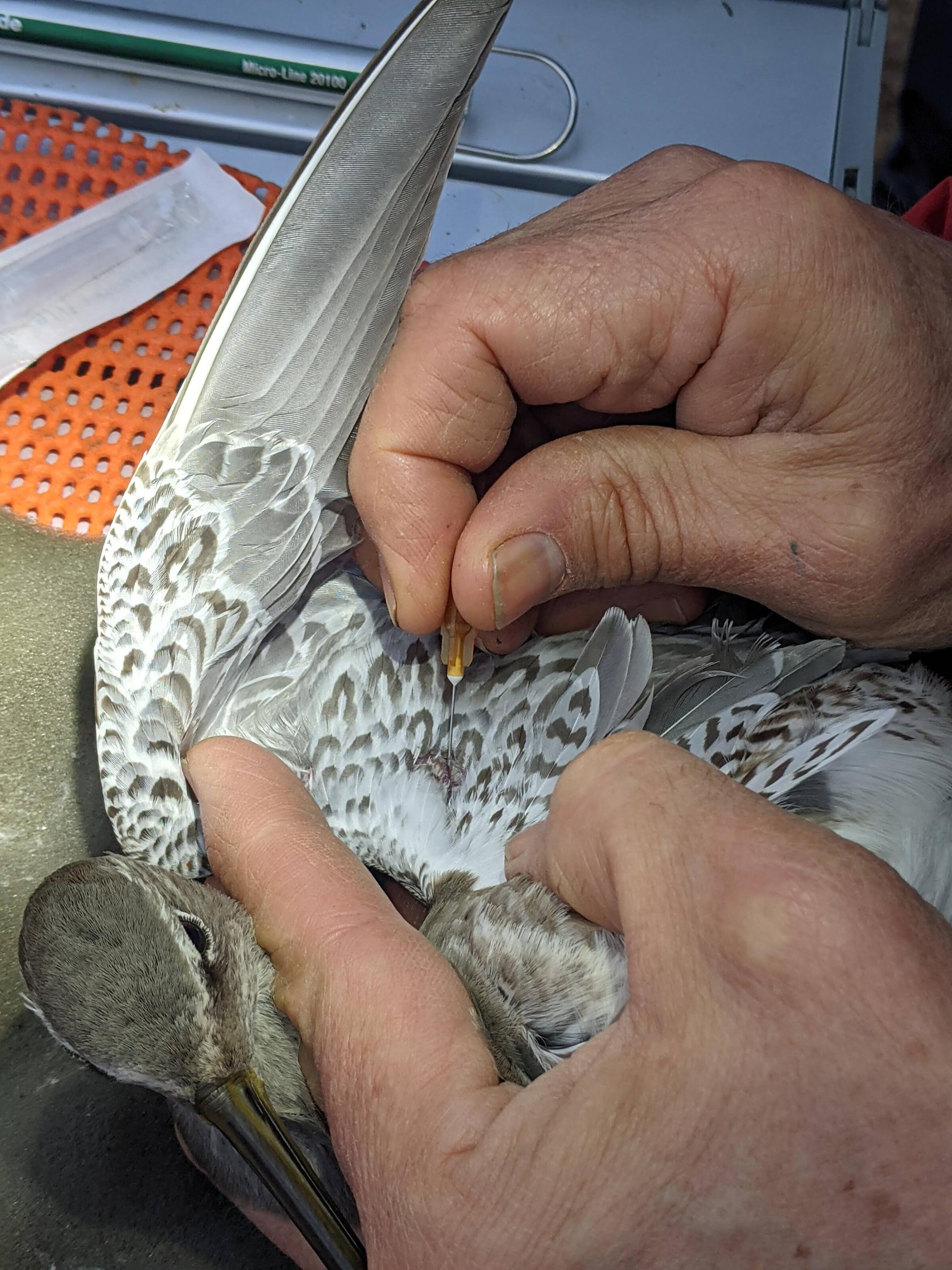 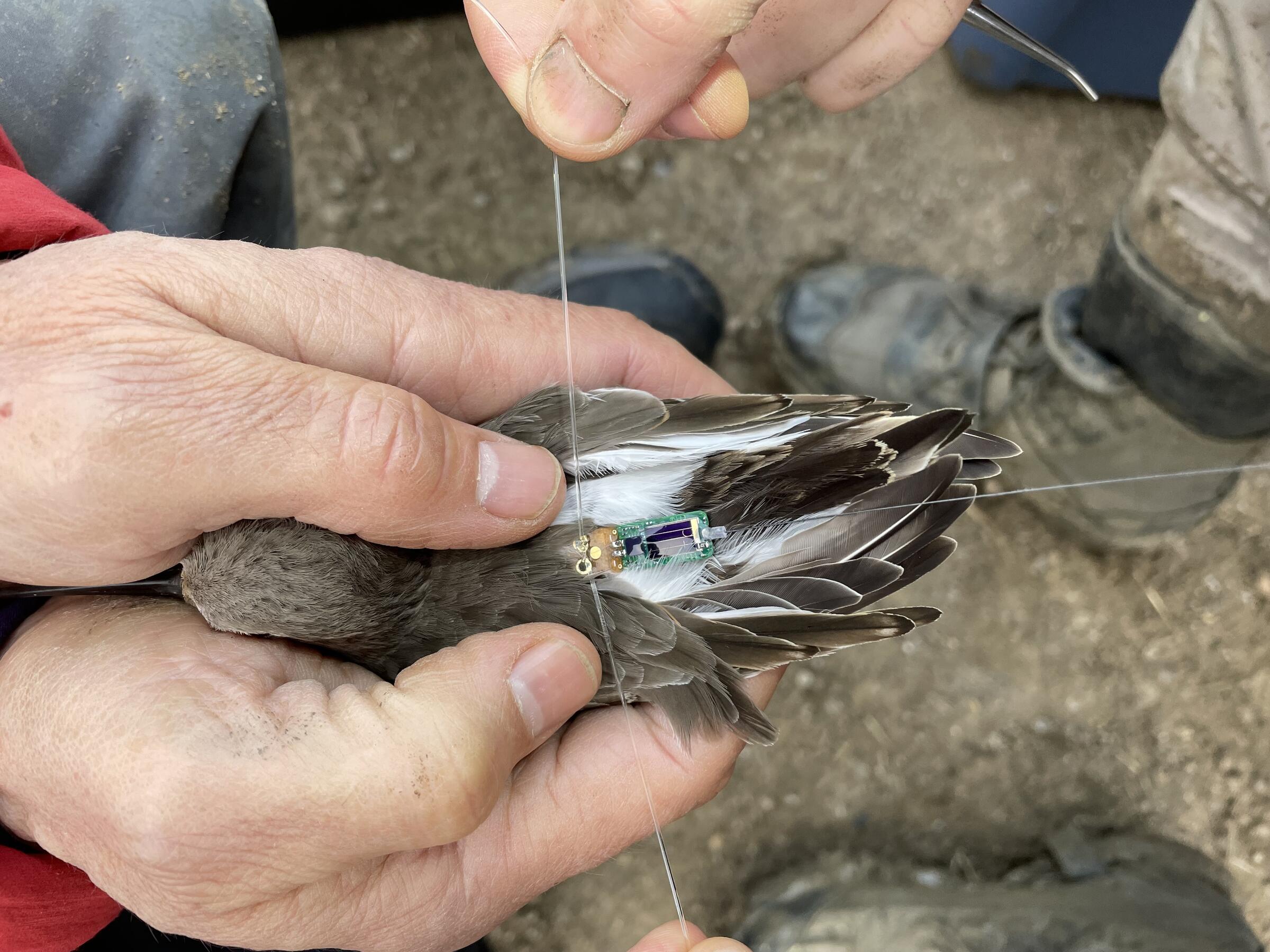 This spring, Audubon California is working with rice growers and with private wetland owners to provide habitat during migration. Rice farmers and wetland owners generally flood their fields for the winter and drain them at the end of January. Leaving fields flooded longer ensures that these long-distance travelers will find the food they need when they need it most.

As we work with landowners to keep water on their land through April, we’ll also continue our research into exactly how migratory shorebirds are weathering the drought and how they use the Central Valley landscape when drought restricts food and water.  We had little trouble capturing birds to sample in November, but January proved challenging. Did the birds go somewhere else? Are they getting enough to eat? Are they more stressed? While we noted that most of the birds we captured still don’t have much fat on them – the vital fuel they’ll need for their epic migrations – any conclusions from our research are weeks away. This new research, which builds off of MBCP research in the previous drought, will help us better respond to future drought conditions.

Another thing my pre-dawn mornings in the muck taught me: every sunrise is different, but each brings light to the landscape in its own way. Similarly, a rapidly changing climate requires us to use science and to work with landowners and land managers to maintain the landscapes that greet migrating birds each spring and fall. While each season may differ from the others, with our help birds and other wildlife can still find the habitats they need to survive. That’s especially true now that climate-driven drought is part of California’s “new normal.” 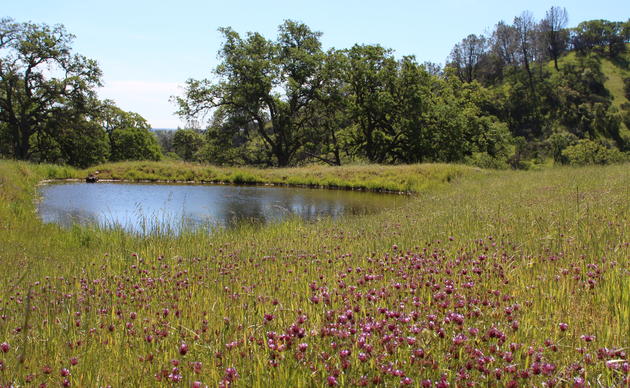