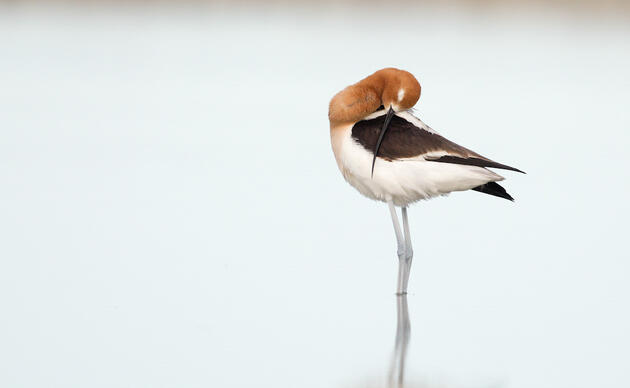 The Salton Sea shoreline continues to retreat because of an increase in water diversions from the Sea. This exposes thousands of acres of dried lakebed (or playa) composed of fine dust harboring contaminants from nearly 100 years of agriculture runoff.  The dust exacerbates the worsening regional air quality and contributes more and more to the respiratory and other issues for local communities, endangering the health of the 650,000 people who live near the Salton Sea.

In addition to the human health toll, water diversion and the rapidly receding shoreline causes dynamic changes to the environment at the Salton Sea. These changes include rapid increases in salinity impacting food availability, some habitats, and populations of migrating birds at this globally significant Important Bird Area.

Recently, a bright spot has appeared at the Salton Sea. Newly emerging vegetated wetlands created by perennial washes, springs, and irrigation runoff that used to drain directly into the Sea now spread out on relatively small patches of exposed playa.

In June of 2020 Audubon California released a report titled "Identifying Existing Areas for Habitat Protection/Enhancement and Dust Suppression Projects on the Salton Sea Exposed Playa" that assesses the amount and distribution of these newly emerging wetlands on exposed playa. They found just over 6,700 acres of emerging vegetation including 5,400 acres of vascular plant vegetation and 1,300 acres of algal mat vegetation that provide at least temporary dust suppression for local communities and habitat for birds and other wildlife.

Audubon California’s report goes on to suggests that these incidental wetlands could be used to create lower effort habitat and dust suppression projects using a less engineered approach by expanding, stabilizing, and enhancing these newly emerging wetlands.

Projects could be completed faster and cheaper and benefits to local communities and wildlife could be seen much faster than projects started from bare earth requiring much heavier engineering and planning processes. This could ease the immediate impacts to human health and wildlife habitat while the Salton Sea Management Plan and larger state restoration projects are completed over the medium term.