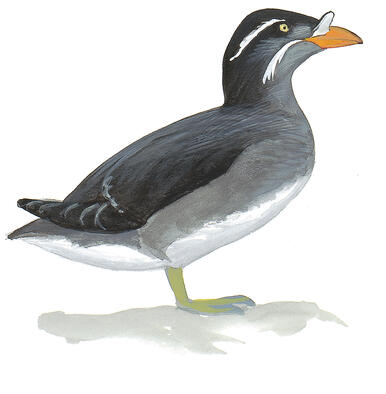 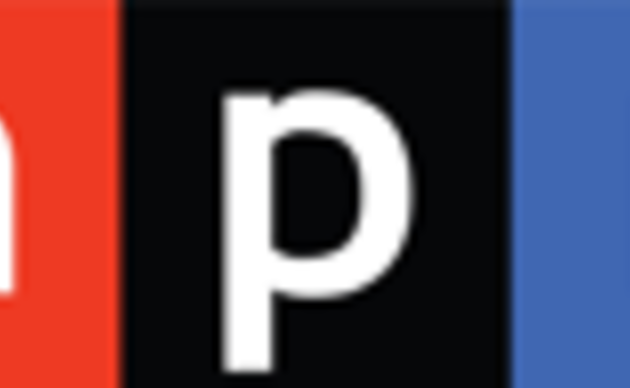 Anna was interviewed about forage fish on NPR.

Audubon California in The Seattle Times

Audubon California was featured in coverage of NOAA's decision by The Seattle Times.

NOAA cited comment letters as one of the reasons they voted to protect forage fish. Be a part of the change you want to see in the world. 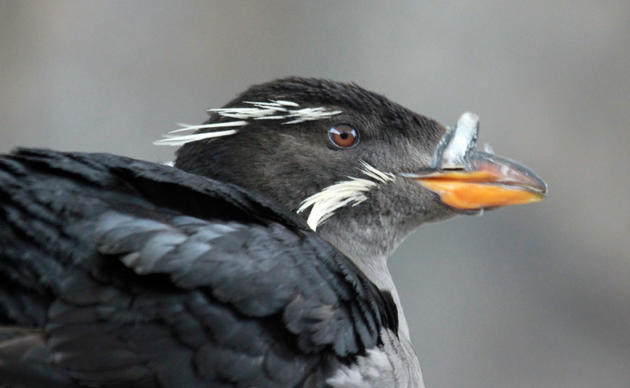 Dozens of forage fish species critical for seabirds and other marine wildlife on the west coast gained landmark federal protection today under a new rule from the National Oceanic and Atmospheric Administration (NOAA). Audubon commends NOAA for publishing this final rule which proactively protects several types of herring, squid, smelt and other fish in 280,000 square miles of ocean providing critical foraging habitat for albatrosses, shearwaters, storm petrels and other seabirds. The Audubon network on the west coast collaborated for several years with the Pew Trusts and other groups to support the policy and rule.

The rule follows up on a 2015 recommendation from the Pacific Fishery Management Council and applies to several groups of fish and squids: round herring; thread herring; Pacific sand lance; Pacific saury; silversides; pelagic squids; Osmerid smelts; and Mesopelagic fishes. Such species lack enough scientific information for experts to assess how a commercial fishery would affect them, the overall marine ecosystem or the rest of the fishing industry, according to a press release from NOAA's National Marine Fisheries Service.

The rule classifies these fish and squid as "ecosystem component" species, connected to the well-being of marine wildlife and larger commercial fish. In the past, fishermen first target a fish and then the government puts in protective measures. But the species protected by today's rule won't be harvested unless it's proven sustainable.

This landmark rule recognizes that seabirds and other marine wildlife depend on an abundant and diverse array of forage fish species. Some of the species protected today are already fished heavily elsewhere around the world, which has contributed to major declines in our Pacific marine birds. Now, 280,000 square miles of foraging habitat critical for our marine birds and other wildlife will be protected by creating a high bar for sustainability before allowing any new fisheries targeting these forage fish. Birds like the black-footed albatross that prey on neon flying squid, and rhinocerous auklet that prey on sand lance, are huge beneficiaries. This action protecting seabird prey complements over $100 million public and private investment in restoring seabird breeding islands in the U.S. (including Hawaii), Mexico, Chile and New Zealand. We applaud the leadership of NOAA and west coast fisheries managers for this historic policy.

Will Stelle, the NMFS regional administrator for the West Coast region, released a statement today applauding the Pacific Fishery Management Council for making the recommendation that led to the rule: "Conservation actions like these illustrate why the United States continues to be a leader in responsibly managing our fishery resources," Stelle said.

Audubon California, Sea and Sage Audubon, Audubon Society of Portland, and Audubon Activists comprised the network supporting this policy action over the last several years. Earlier this year, Audubon members in California and across the nation sent more than 18,000 letters to NOAA in support of the proposed rule. These letters and the voices of the Audubon network made a real difference: in its final rule, NOAA notes it “appreciates the broad public interest in this rulemaking and has taken the strong public support it received during the comment period into account in its approval of this final rule.”

If you have a moment, please send a thank you note to NOAA by clicking here.