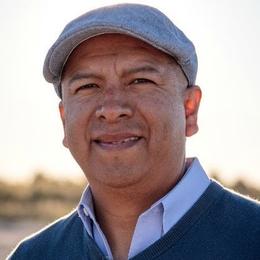 In the mid-20th century, as sprawling modernist ranch homes sprouted in nearby Palm Springs, visitors flocked to what was then “the California Riviera.” Only 60 years later, boaters and water-skiers are long gone and a decaying Salton Sea, the largest body of water in California and a vital stopover for migrating birds, now attracts visitors more out of morbid curiosity. People no longer stroll its beaches or fish its shorelines—they keep their distance.

The thick mud of its shorelines almost seems purposely to impede access to its frequently foul-smelling waters as the Salton Sea waits for much needed help. Meanwhile, playa – lakebed exposed by a rapidly receding waterline – has uncovered food for migrating birds, but a host of respiratory and other problems for nearby communities.

Still, optimism has not receded as rapidly as the waters of the Sea itself. Audubon – together with other entities working at the Sea, continues to push for small but realistic steps toward restoring critical habitats, implementing dust suppression projects and reviving the hopes of tens of thousands of local residents, who, like the Sea itself, are still waiting patiently.