Southern California Audubon chapters continue to rally against a proposed music and culture festival in the Los Angeles Sepulveda Basin that would take place in October 2017. The annual festival would span three days, plus setup and cleanup. The Audubon chapters, spearheaded by San Fernando Valley Audubon Society, remain concerned about the environmental impact of the event.

AngelFest, backed by the Make Good Group, expects to have about 65,000 attendees per day in the area known as Woodley Park. The proposed festival boundaries partially overlap with the Sepulveda Basin Wildlife Reserve, an important area for birds migrating in the fall as well as well as year-round and fall/winter resident birds.

The 302-page draft environmental assessment by the U.S. Army Corps of Engineers found no significant impact, yet a public comment written by SFV Audubon disagreed.

“Perhaps the most egregious failure of the Environmental Assessment is the reliance upon a single site visit to survey the bird and other wildlife at the Basin … These consultants must have known full well that a single such survey cannot possibly reveal anything approaching the full suite of birds or other wildlife present in the Basin during the period of time proposed for the project,” said the chapter’s Mark Osokow and David Weeshoff in the comment letter.

The letter also made note that a previous comment submitted outlining all of the species of birds that would likely be impacted by the event seemed to be ignored during the execution of the assessment.

On its website, AngelFest lists a number of ways it plans to accommodate for wildlife, including pointing sound and lighting away from wildlife areas. The festival also plans to donate money to the City of Los Angles Parks Department and says it wants to garner support for local environmental groups. It even has partnerships with local environmental organizations, including TreePeople, Los Angeles Waterkeeper, and Mujeres de la Tierra.

However, Audubon chapters point out that the festival plans for the use of pyrotechnics and fireworks that would almost certainly be disruptive to birds and other wildlife. They also emphasize that the sheer number of people adding foot traffic to the area should not be undermined.

The environmental assessment dismissed concerns over increased noise and pedestrian traffic, saying, “Resident species are relatively adjusted to the local ambient conditions that include constant noise from two major highways, and periodic concerts and sporting events (e.g., cricket matches) that have increased levels of pedestrian activity in proximity to the wildlife area.”

San Fernando Valley Audubon responded to this in its comment letter, saying, “While it is true that periodic concerts and cricket matches (there are no other sporting events taking place in Woodley Park) bring about increased pedestrian traffic, concert events have never been held in close proximity to the wildlife area, attendance at concerts has never approached the levels of attendance being allowed for the proposed project, the events have never occurred for more than one day, and, with very few exceptions, have not occurred in consecutive years.”

Travis Longcore of Los Angeles Audubon found that the Environmental Assessment from the Army Corps of Engineers inadequately addressed the festival as an annual event. He stressed in his comment letter on behalf of LA Audubon: “To split up the review of the event into annual permits would constitute piecemealing of the actual scope of the project. Since it is known that the event is intended to be annual it is the responsibility for the environmental review to evaluate it in that manner, even if subsequent events do not materialize.”

SFV Audubon created a petition in opposition to AngelFest that currently has nearly 6,000 signatures. “In all of L.A. County, there must be a better place to stage a music festival than right up against a nature preserve,” it reads. 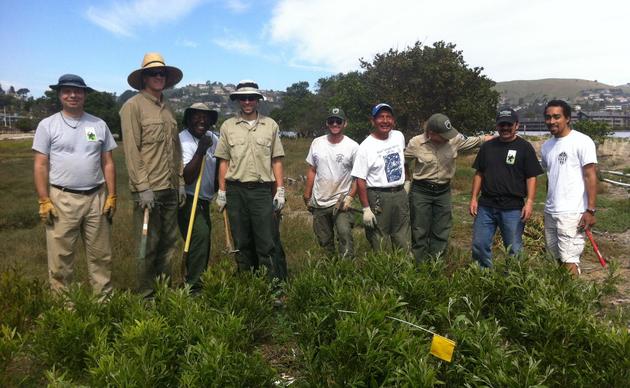