‘The reports of my death are greatly exaggerated.’ A quote often attributed to Mark Twain, this saying may also hold true for the Salton Sea.

Undertaking the latest of late fall visits to survey water birds in the middle of December 2021, I was thrilled to find the sea teeming with avian life. At our first stop at the North Shore Beach and Yacht Cub,  there was an abundance of waterfowl, including both dabbling and diving ducks. These included good numbers of what – to me, at least -- is one the continent’s most spectacular duck species, the Blue-winged Teal. Historically, Blue-winged Teal have been an uncommon species at the Sea, and it is listed as a rare winter visitor in Patten, McCaskie and Unitt’s 2003 Birds of the Salton Sea, but the Sea recently seems to have become much more appealing to these “puddle” ducks. Overwintering numbers have increased steadily in recent years, and I had these astonishingly pretty birds at four of my 14 survey sites. Just five years back even a handful of this species would have been noteworthy, yet at two sites I logged well over a hundred.

Together with the Blue-winged Teal was another highlight of my trip: a female Garganey. This highly migratory species breeds widely from Western Europe across to Central and Southern Russia and winters in Sub-Saharan Africa and Asia. Rare anywhere in the US, this was the first record of one at the Salton Sea. This individual first appeared in November 2020, stayed through March of 2021 and seemed to have returned to winter again in November of 2021. However, while observers frequently spotted the teal last winter, this was only the second sighting during the whole of this fall season.

Though the teal packed mainly into the coves and marinas, the open vistas of the sea were also covered in waterfowl, including massive rafts of diving ducks that stretched as far as the eye could see. Most of these flocks consisted of Redhead ducks, with a smattering of other species that even included a few “sea ducks” in the shape of some Surf Scoters. The survey protocol for our counts requires us to count only the birds within our designated kilometer-square block, and yet, even with this limitation, my count at the Salton Sea State Recreation Area tallied an incredible 3820 Redheads. According to eBird, this seems to be an all-time high for this species, and I could have easily doubled that number had I tallied the flocks dotted distantly across the water. In their 2003 The Birds of the Salton Sea , authors Michael Patten, Guy McCaskie, and Philip Unitt indicate that the Redhead is one of the most common breeding ducks at the sea, with similar wintering numbers to those in summer and overall counts of 300 birds somewhat typical. Here, just twenty years later, I had ten times that number in one binocular scan.

Wrapping up my surveys for the day, I did what any self-respecting birder would do: I went birding. As I was driving to my final survey sites, I had noticed a Ferruginous Hawk loitering with intent on the edge of an agricultural field. A surprisingly rare wintering raptor at the sea, given its relative abundance in in nearby places like the Antelope Valley, I thought I might go and get a record shot of it to accompany my eBird report. It’s always a treat to see this breathtaking buteo, and as a bonus, just a few telephone poles down I picked up a magnificent Prairie Falcon. I wrapped up a trio of exciting raptor observations for the afternoon with a handful of seasonally rare Swainson’s Hawks that were drifting across downtown Brawley, either to a roost or belatedly making their way south to Mexico for the winter. Amazingly, these were just the second December records here ever.

Late fall and winter are a great time to visit the Salton Sea for birding. The 56˚F morning  temperature on the day of our survey was less than half the temperature of one of my more recent visits to the Salton Sea: on my way to Tucson last August, when I stopped off to look for Yellow-footed Gull in temperatures that reached 114˚F. During this visit I was thankful for the cool weather, the lack of associated heat haze and the signs that, although altered, the Salton Sea is still alive and kicking and offering important habitat to migrant and wintering birds. 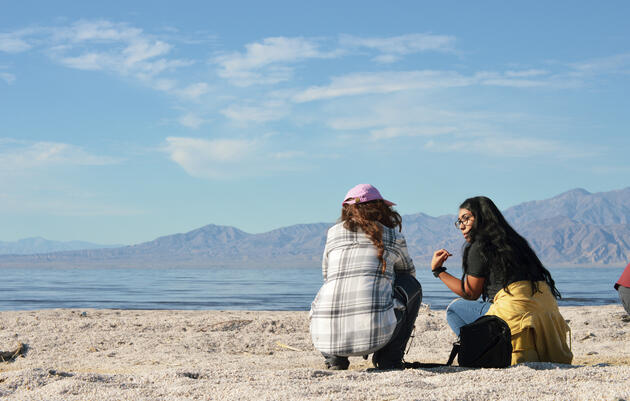 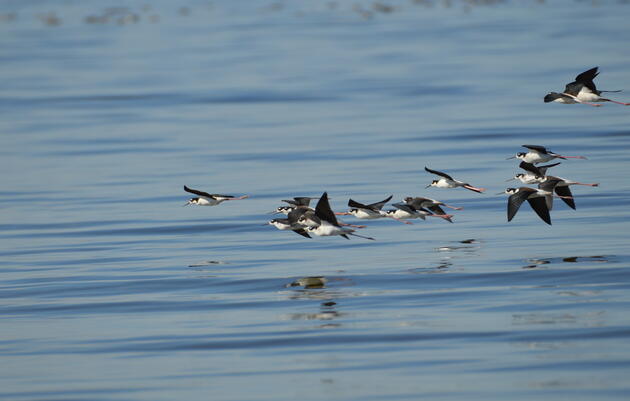