Each winter Richardson Bay is home to tens of thousands of migratory ducks, grebes, and shorebirds that use the bay for refueling on their southward travels or while overwintering in the estuary. From December to January, herring spawn and release millions of eggs on vegetation and other surfaces. Thousands of gulls, ducks, pelicans, terns, cormorants and grebes follow this moving feast around the bay.

To protect these bird and the resources they depend on, the Sanctuary waters in Richardson Bay are closed to all boat traffic and in-water activities (including kayaks & stand-up paddleboards, or SUPs) from October 1st through March 31st. This seasonal closure is unique in San Francisco Bay and is an important factor protecting local waterbirds. Just one boat moving through a flock can cause the needless loss of significant energy reserves as the birds flee the disturbance. Some of these species are known to be declining, and overwinter health can be a critical factor in determining reproductive success for these birds upon returning to their breeding grounds.

We’ve been conducting regular winter bird surveys using the 900-acre Richardson Bay Sanctuary since 2006. Twice monthly, from October through March, a crew of mostly volunteer observers from the community head out to designated locations around the bay to identify, count and note the behaviors of the thousands of ducks, grebes, cormorants, gulls, coots and loons that fill the bay to rest and feed. The first waterbird survey of this season took place on October 10th, with two staff and five volunteers. Altogether 674 birds were counted in the Sanctuary area. American Coots and Elegant Terns were the most abundant. Some highlights spotted were four American Wigeon and a Common Loon.

One of the key pieces of this ecological hotspot is the eelgrass that is found here. The Sanctuary harbors the second largest eelgrass bed in the estuary containing some of most genetically diverse plants. The eelgrass provides habitat and food for many marine species, including herring which are dependent on eelgrass for spawning. The herring roe cause a feeding frenzy among birds and marine mammals when they appear, but the eelgrass also supports a large number of grazing crustaceans such as amphipods, crabs, and shrimp that are key sources of food. Bacteria, fungus, and detritus (dead animal and plant matter) can also form a brown coating on dead leaves, which then provides food for small invertebrates.  Researchers at Richardson Bay are currently working to map the eelgrass and assess the damage caused by anchored boats as well as other factors affecting growth.

Approximately 900 acres of bay waters are covered by an annual closure ordinance of Marin County’s Richardson Bay Regional Agency. The ordinance extends south from the edge of the Cove housing complex to the tip of Strawberry Point, east to Belvedere and north to Blackie’s Pasture. Audubon manages this area as a wildlife sanctuary focused on the waterbirds using the bay. The Sanctuary boundaries are designated by buoys and three permanent, marked pilings (black triangles on map above).

No boats or watercraft--including non-motorized boats such as kayaks, canoes, paddleboards and sailboats--are allowed within the Sanctuary waters during this critical season for migratory birds. Violators may be fined by the Marin County Sheriff’s Department.

To learn more about Richardson Bay and Waterbirds, please use the following links:
Eelgrass and Richardson Bay
Waterbird Surveys and how to volunteer for them
Sanctuary Boat Closure

The center will hold be holding the 5th Annual Waterbird Festival on January 27, 2018 to celebrate the waterbirds of San Francisco Bay. There will be field trips, speakers and exhibits, many of which will be free to the public. Sign up for our newsletter to learn more. 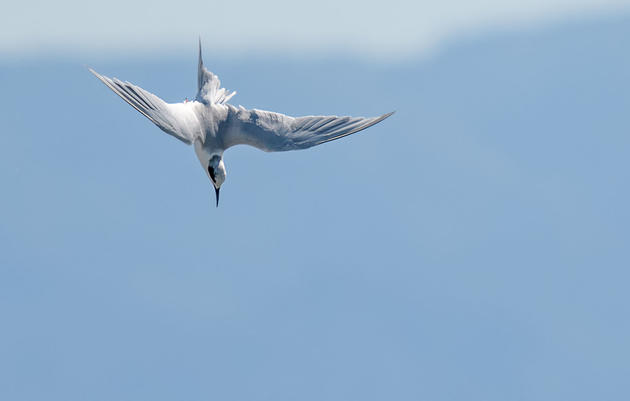 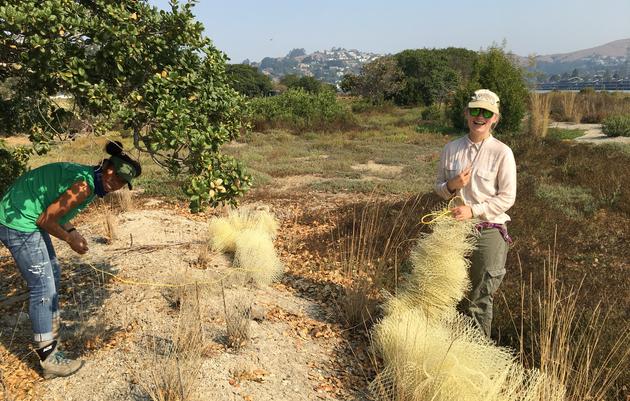 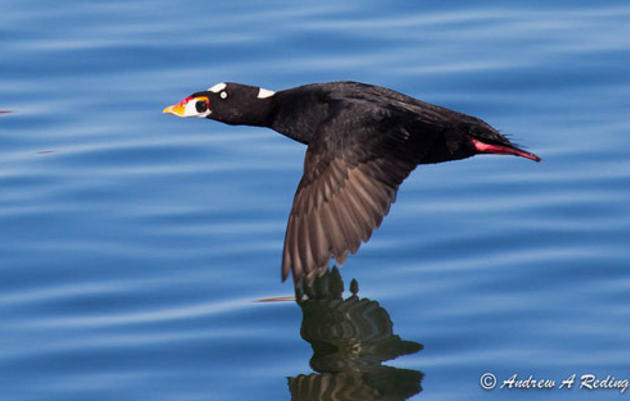