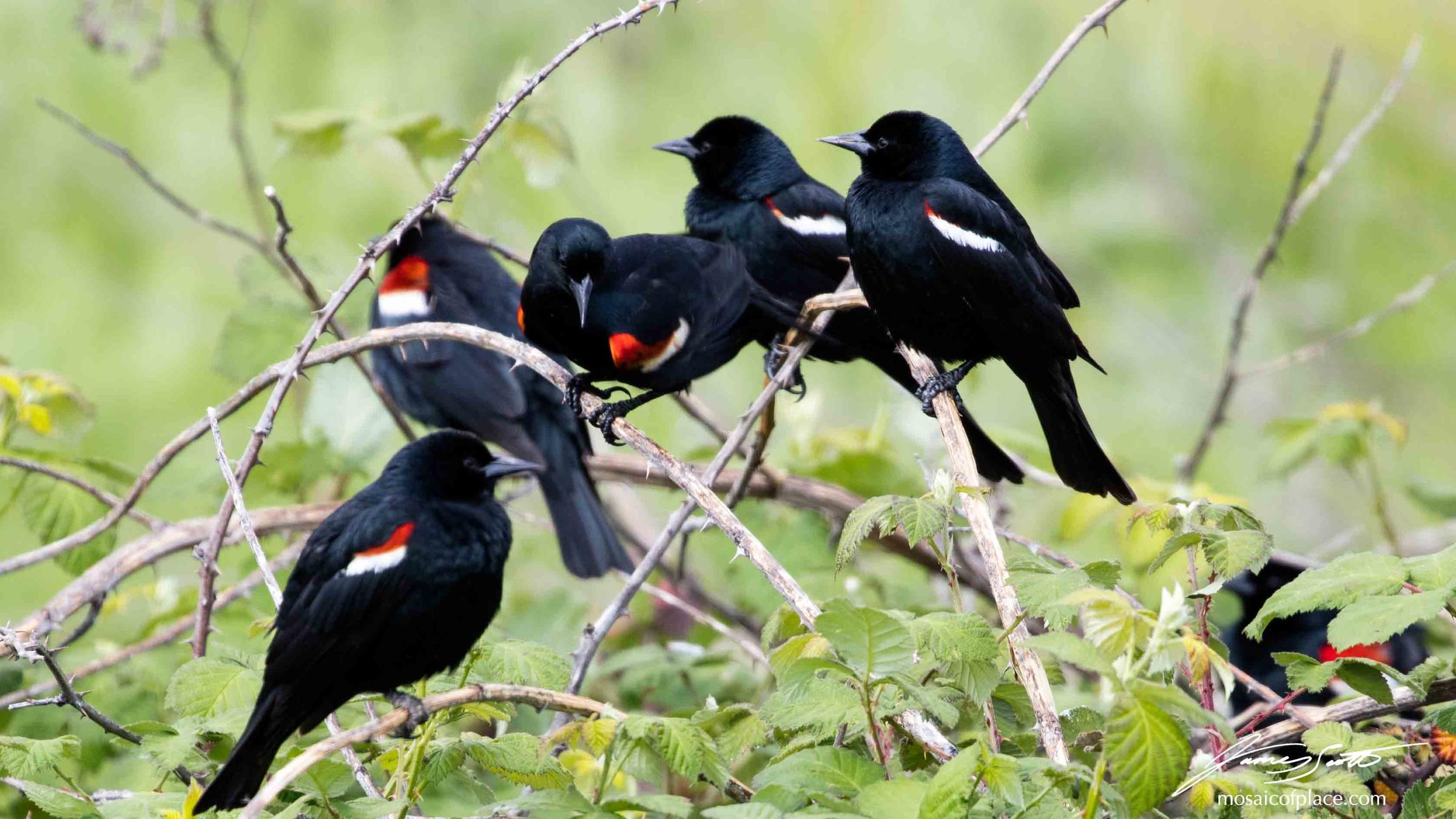 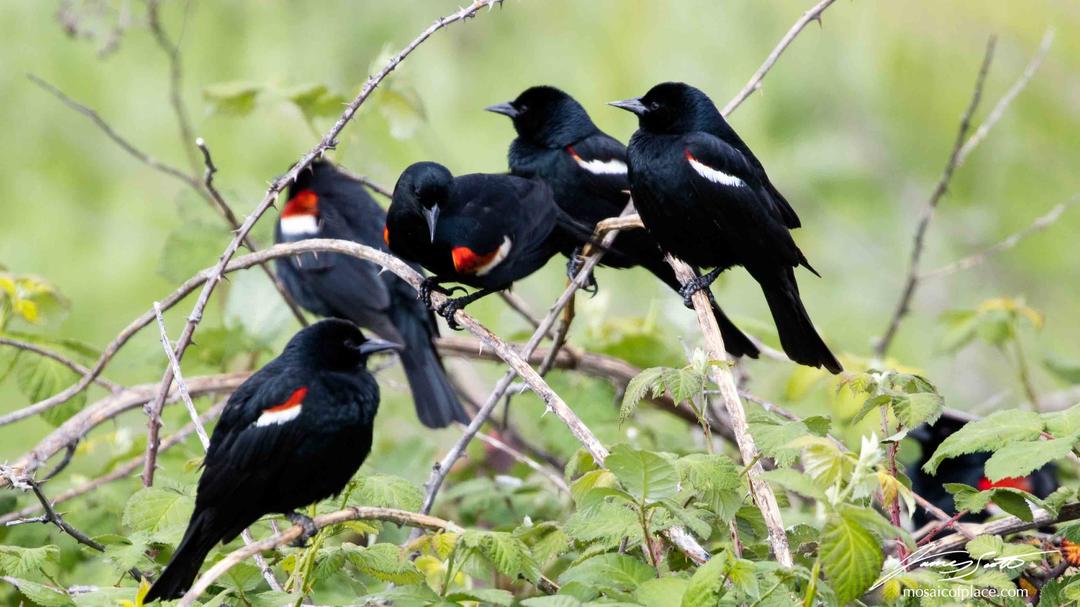 Saving the iconic Tricolored Blackbird of the Central Valley.

The Tricolored Blackbird is North America's most colonial nesting landbird. Found almost exclusively in California, a single breeding colony can teem with over 35,000 birds, sometimes all settled into a single field or small wetland to raise their young. While similar to the more widespread Red-winged Blackbird, the male Tricolored Blackbird is distinguished by its red shoulder patch with a bright white wing-bar.

In the 19th century, Tricolored Blackbird flocks were described as numerous and often consisted of hundreds of thousands of birds. Since then, the population has declined from several million to approximately 177,000 today. Over a 10-year period from 2007 to 2016, it is estimated the population declined by as much as 34%.

There are many reasons for this decline. But the loss of native wetland and nearby foraging habitats along the coast and in the Central Valley is the main issue. In more recent years, the species has become dependent on agricultural lands, with most of the largest colonies nesting in grain fields. A real dilemma develops as Tricolored Blackbird young typically have not yet left the nest before the time farmers need to harvest their crop, and harvesting destroys Tricolored Blackbird nests and young. In some cases, tens of thousands of nests have been lost in a single field.

Each year, these birds gather in highly social colonies to raise their young throughout the San Joaquin Valley, Sacramento Valley, Sierra Foothills, Central Coast, and Southern California. However, with the continuing loss of habitat and the places they need to survive are becoming scarcer. As a result of this continued habitat loss and drastic population decline, Tricolored Blackbirds were recently listed under California's Endangered Species Act thus highlighting the recovery of this species is more critical than ever. 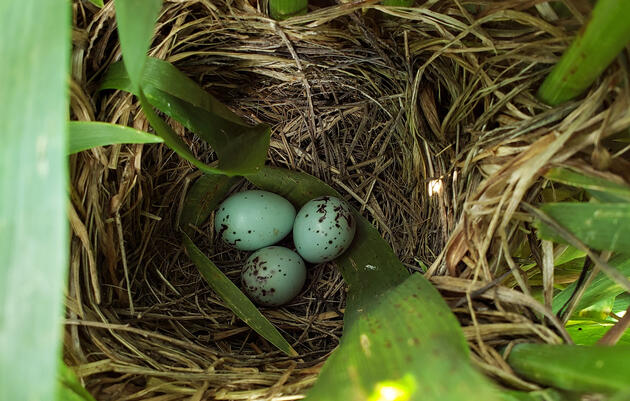 Farms and ranches will play a critical role in conserving Tricolored Blackbirds across the Central Valley. 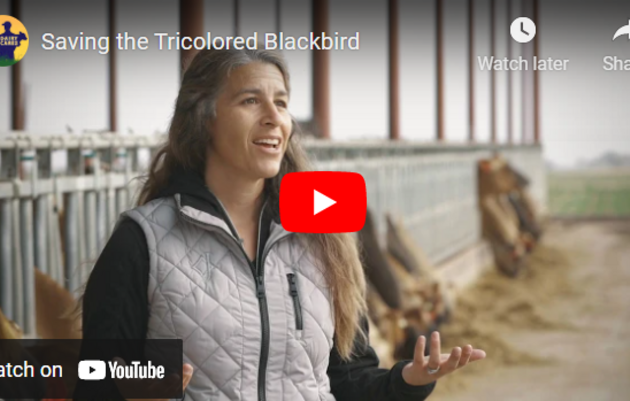 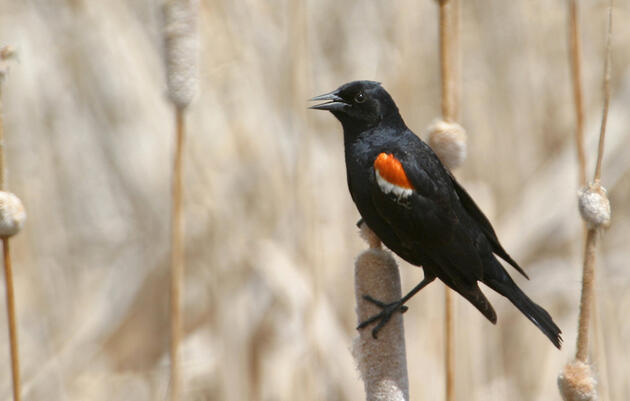 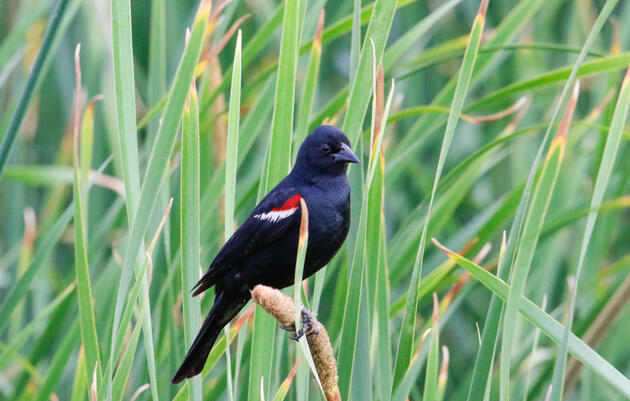 Thanks to our agricultural partners,100% of thirteen Tricolored Blackbird colonies across the San Joaquin Valley in California were protected this year. 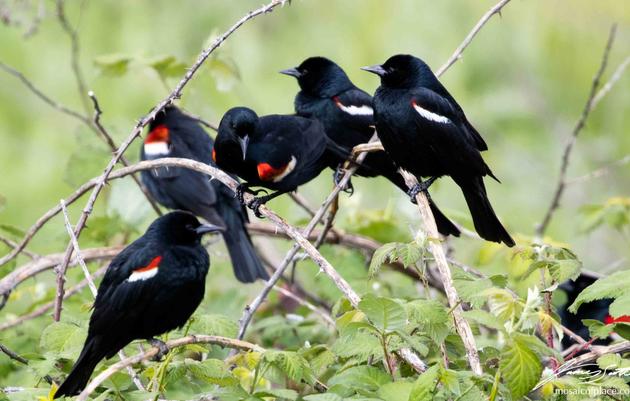 In the sixth year of the Audubon Summer Conservation Program, we worked closely with dairy producers to protect 100% of the known 15 Tricolored Blackbird colonies on agricultural fields across four counties. 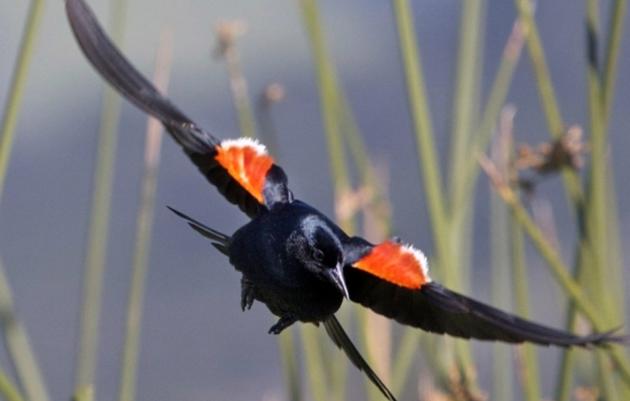 This spring, 90% of colonies thrived in the Central Valley

Sights and sounds of the search for Tricolored Blackbird colonies

Marking off a Tricolored Blackbird colony in Merced County

Audubon California's Xerónimo Castañeda takes us up close to a Tricolored Blackbird colony in Merced County. In just a couple of weeks, the number of colonies in the southern part of the Central Valley has spiked. And all these colonies need to be protected. 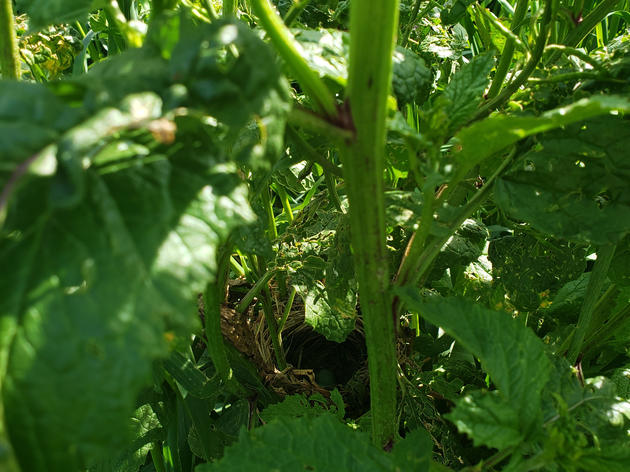 Tricolored Blackbird breeding season is off and running

Audubon California's Xerónimo Castañeda talks about the beginning of the 2019 Tricolored Blackbird breeding season. He even talks about finding his first found colony of the season. This is an important time for the Tricolored Blackbird, as it is now listed as Threatened under the California Endangered Species Act. That said, we still need to identify the colonies and do everything we can to protect them. Learn more about our efforts to save this terrific bird here. 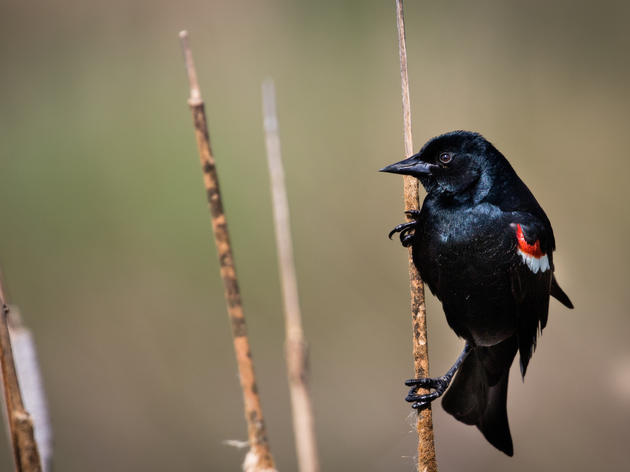 Tricolored Blackbird gets new protections in fight to stave off extinction 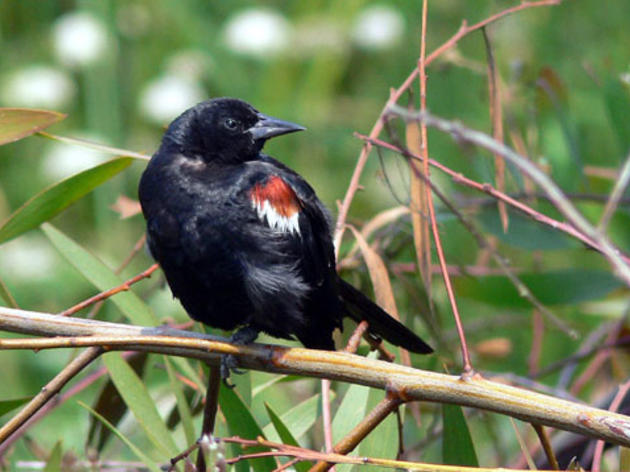 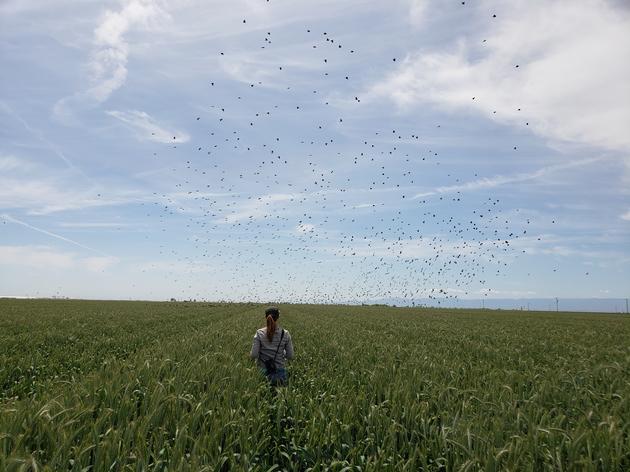 Tricolored Blackbird nesting season is off and running

Tricolored Blackbirds have begun nesting and our biologists are out in the field making sure these rare birds have a chance to survive. Field Technician Kim Sawyer shot this short video at BLM's Atwell Island just a few days ago. If you would like to help us save this great California birds, please consider making a donation. 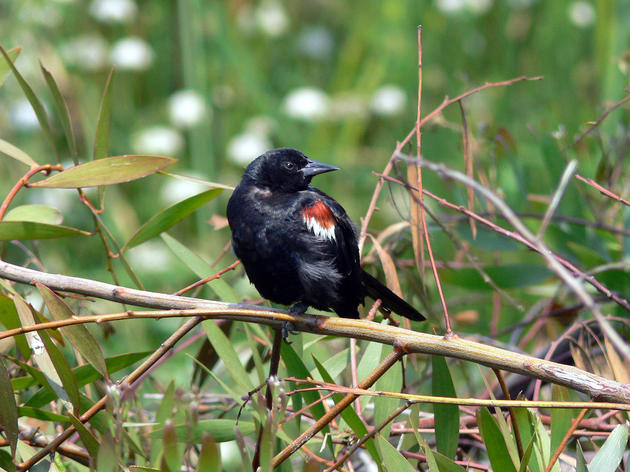 Fish and Game Commission is likely to decide by April whether to list the rare bird under the California Endangered Species Act.

Check out this great story here.